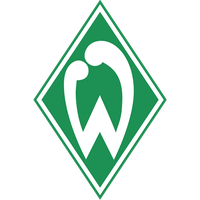 Waldemar Anton. Marc Oliver Kempf. Konstantinos Mavropanos. Wataru Endo. Goal attempts 8 off target. A tidy pass from Osako sends Woltemade away and he shows a great turn of pace to get past the Stuttgart defence.

He shoots at goal from just inside the box on the right, but his effort is straight at Kobel and he saves well.

With the scoreline at just , they will fancy their chances of getting back into this one. He's booked for getting to it late, and Pavlenka is down after he collided with Castro's knee heavily.

Stuttgart unable to make the most of them so far, though. Sargent has yet to have a touch since the restart. Oh what a goal that would have been.

The left-back collects possession just inside the Bremen half and goes for goal with a thunderbolt from around 35 yards out. Pavlenka can only stand and watch but to his delight, it ripples the side-netting on its way narrowly wide.

We're back for the second half and Stuttgart have made a change. Mavropanos is off having already had a yellow card and committed further fouls - he's replaced by Stenzel.

Goal attempts 6 off target. Castro's shot deflects behind for a corner with as many as four players in the Bremen box as the away side push forward for more.

No problems for Silas from the spot as he smashes the penalty to the left of Pavlenka, sending the Bremen goalkeeper the wrong way to score his 4th goal of the season.

The away side awarded a spot-kick with Endo brought down in the box by Chong.